U.S. Defense Budget is nothing more than a Jobs Program Serving Mostly Defense Contractors and Members of U.S. Congress 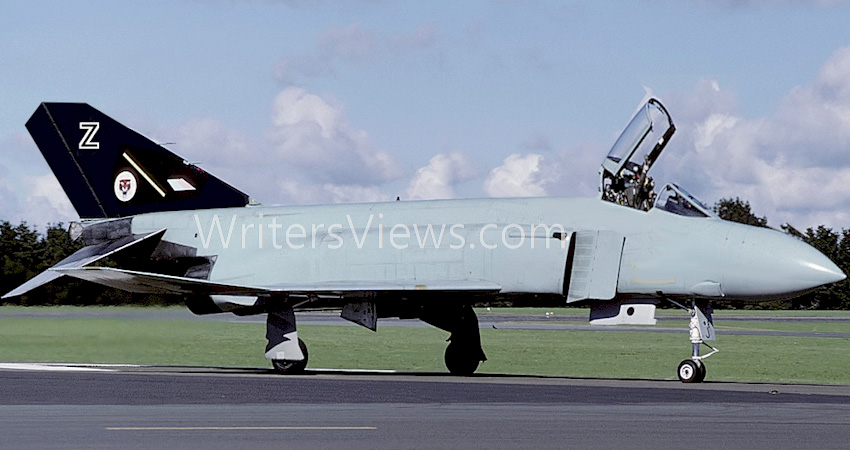 What is United States’ largest jobs program: The U.S. Military. 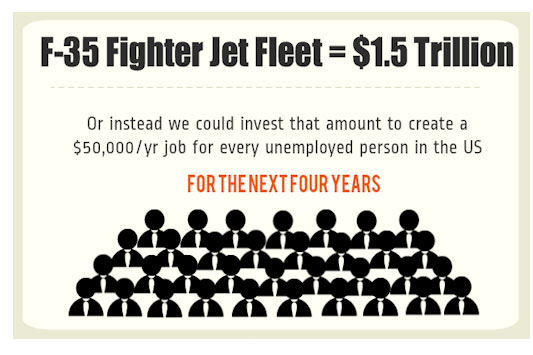 All these jobs represent 2% of U.S. jobs (excluding foreign contractors employing non-US citizens). This jobs program run by Pentagon, orchestrated by the U.S. Congress and the President, has a constant growing budget and it seems there is no end to its expansion. Under Trump, this is growing to nearly $1 trillion for next budget year – if you include all the hidden appropriations military funds, Homeland Security, Veterans Affairs, nuclear weapons management, and intelligence (CIA & NSA). All of this, while our debt is constantly growing, currently over $20 trillion.
Among this $1 trillion spent, there is a lot of waste. So much waste that you should be wondering where is all this money going to?

Well, many individuals are getting filthy rich, with hundreds of millions of Dollars in bonuses, for weapons that are never delivered or are cancelled after various stages of development or prototyping.
Instead of delivering weapons system on time and under budget and win the thanks of a grateful nation, defense contractors prolong the process of developing or maintenance, with the help of their lobbyists putting lots of cash in the hands of members of U.S. Congress. So, most large and complex weapons systems almost always come in late and way, way over budget. Over budget projects mean much large profits and the money can be channeled, at least partly, through politicians that have a particular interest in keeping the taxpayer money flowing to the weapons developers keeping jobs going in their state or district.

Looking for a replacement for Kiowa Warrior helicopter and Apache gunship and the older AH-1 Cobra, the U.S. military thought they had a suitable replacement for all of these platforms in the Boeing-Sikorsky RAH-66 Comanche. But then, this next-gen stealth chopper vanished in a puff of bureaucratic smoke. The U.S. Spent $7 billion developing a helicopter that was never built and ended up wasting $7 billion. All gone.

The infamous Bradley Fighting Vehicle was originally a catastrophe in both design and development. The Israelis put the system to extensive test and found that United Defense Corporation (now bought by BAE Systems) had done an incredibly horrible job building a piece of junk costing about $20 billion and over 18 years. Later, the platform was redesigned, relabeled, for an additional $5.6 billion, to build to the standard of the current Armored Fighting Vehicle M3 Bradley. What a waste. 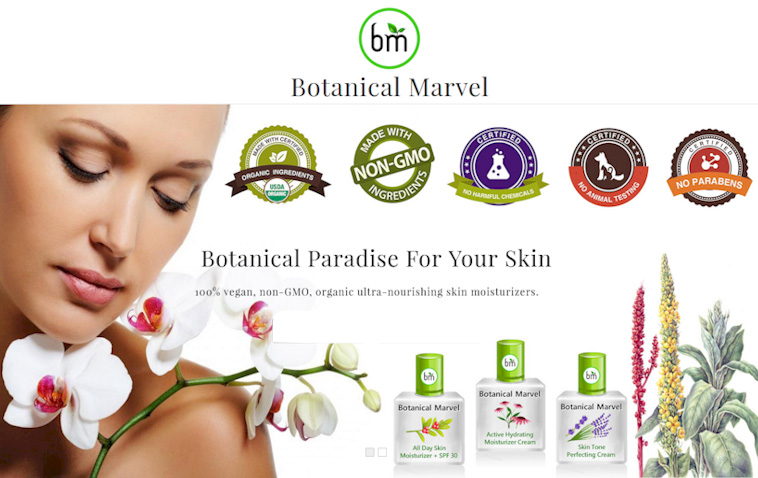 To keep everybody happy in the U.S. Congress making sure they don’t cut the budget towards all the budget overruns, large contract like Lockheed Martin use many subcontractors on weapons such as fighter jets, helicopters, main battle tanks, and bombers and these subcontractors are spread far and wide throughout the whole of U.S. (as much as possible) to ensure the weapon system is not cut out of the budget. For instance, the F-35 Joint Strike Fighter has about 1,300 subcontractors spread across 45 states. Which means that almost every senator and a few hundred members of the House would never think of killing it or scaling it back, no matter how many problems it encounters.

Almost every government accounting analyst regards this process a horrendously bad bargain for the taxpayer. An old design F4-E Phantom, properly upgraded, which has served U.S. military for decades can be made to be exceptionally cost effective while delivering all the missions imagined by the military, and it could do it for a fraction of the cost. Put two brand new gas turbine engines (replacing the turbojets), put an AESA radar in with advanced avionics, upgrade the body surfaces with composites (to reduce weight and reduce RCS emissions for stealth capability), and a few other systems and modifications (e.g. elevated cockpit, single seater fighter/bomber, FLIR, stealthy stabilizers, large radar antenna, etc.), and you now have an aircraft with similar range, mission tactical capabilities, on a solid, proven and tested platform, and all of it comes to about $30 million per aircraft. That is about $100 million less than an F35 when you include the engine cost for the F-35. And to those people that claim the F-35 is a great way to get our allies around the world to pay us for the blanket protection U.S. provides and charging them for this advanced aircraft is a tax on American military services, I would say ... you are mistaking. Our so called allies stick to a very low budget for their defense and get a lot more out of us than we get from them.

This would be an incredible aircraft with amazing capabilities for a fraction of the cost. And now, you can build higher quantities if you want higher mission performance results. For the purchase price of a single F-35, you could buy four upgraded F-4Z (let’s call it). And, we did not have to spend $400 billion just for the R&D program before buying a single F-35. Does this not make sense?

Unfortunately, the complex F-35 has been plagued by a spectacular array of technical issues and mishaps each delaying the delivery of the final product adding enormous cost to the program. These technical issues have been so critical that at times the fighter jet was not certified (nor allowed) to fly at night, or during rain, or within 25 miles of lightning, or above the speed of sound, or while climbing at an angle above 18 degrees. The engine development for the F-35 has been a giant nightmare for the developers and systems integrators. Still the program continues.

Instead of having this very expensive jobs program, how about if we just pay for college tuition and let people acquire skills and knowledge and then let them get a job and build a great career without wasting money on junk weapons that don’t really add any value to our quality of life? Or is asking that question now labeled as “Un-American” or “Unpatriotic”?

AUTHOR : Richard Cheong is an author and poetry contest prize winner and currently in the process of publishing two books of poetry, while writing his first book of nonfiction. He has won The New Writers Award and the Southgate Prize in Creative Writing, and has been a WritersViews.com member since 2012. Richard Cheong can be reached via our Member's Area page, writer ID 21176.

Untitled Document 
Warning: include(a1-rotating-articles.php): failed to open stream: No such file or directory in /home/u903209235/domains/writersviews.com/public_html/article-USdefensebudgetpentagonisjobsprogram.php on line 117

Warning: include(): Failed opening 'a1-rotating-articles.php' for inclusion (include_path='.:/opt/alt/php74/usr/share/pear') in /home/u903209235/domains/writersviews.com/public_html/article-USdefensebudgetpentagonisjobsprogram.php on line 117

Warning: include(a1-advertisers.php): failed to open stream: No such file or directory in /home/u903209235/domains/writersviews.com/public_html/article-USdefensebudgetpentagonisjobsprogram.php on line 120

Warning: include(): Failed opening 'a1-advertisers.php' for inclusion (include_path='.:/opt/alt/php74/usr/share/pear') in /home/u903209235/domains/writersviews.com/public_html/article-USdefensebudgetpentagonisjobsprogram.php on line 120