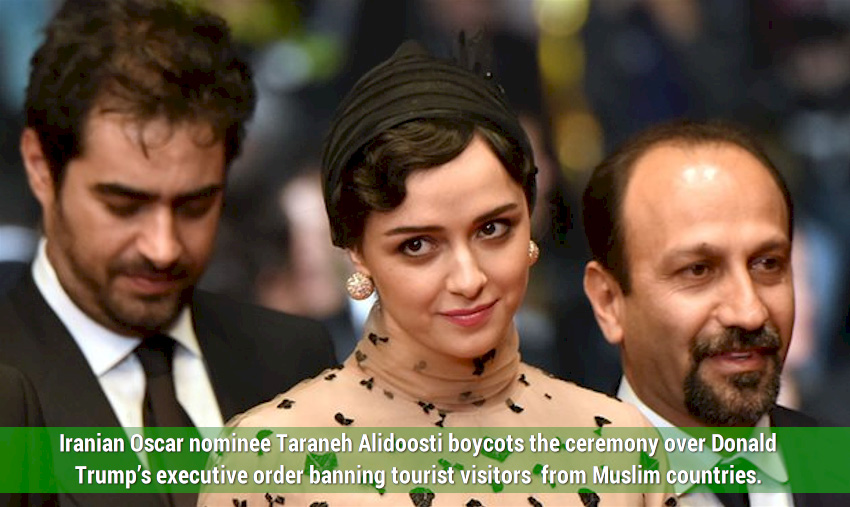 Islamophobia is no longer a mere racist sentiment in U.S. It is now a legally enforced government policy.

There are quite a few articles posted here in WritersViews.com that seem to be promoting Donald Trump and his policies. I am all for freedom of speech. There is no but about it. I do however believe that there cannot be "freedom of speech", if the discussion reference in the "speech", are based on a bunch of lies mascaraing itself as "facts". For instance, what if people are lying and using freedom of speech to protect them while they are lying and spreading false news? Regarding the visitor articles published here in WritersViews.com that promote Donald Trump and his decision to ban Muslims from coming to U.S. and visiting their family members, I believe this is discrimination and not a fight against terrorism. Here are the facts: 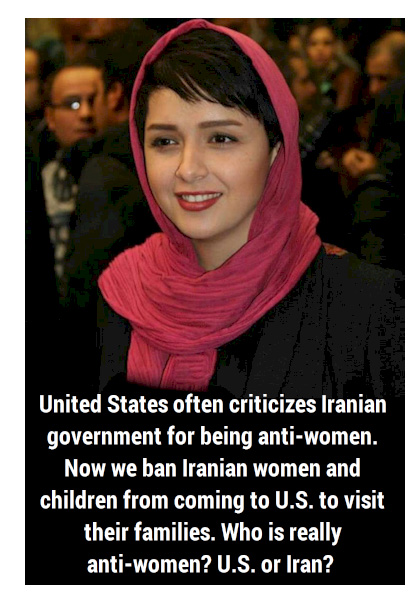 Donald Trump signed into executive order a ban against seven Muslim-majority countries: Iran, Iraq, Libya, Somalia, Sudan, Syria and Yemen, but not against Saudi Arabia or Egypt the two countries whose citizens were involved in 9-11 killing almost 3,000 Americans. The ban is widely regarded as discrimination and racism directed against a few countries based on politics of Islamophobia (since Saudi Arabia or Egypt were excluded) to please radical right-wing members of the Trump administration. This ban does nothing to stop terrorism or protect American people. Since most terrorism in the world today is funded and/or initiated from Saudi Arabia and Egypt.

All terrorist acts inside Europe or United States have been orchestrated by radical Wahhabi jihadists that are Sunnis and from Saudi Arabia and funded by the Saudi Wahabbism government and trained in Egypt. Isn't highly suspicious that these two countries are not included if the aim of this Presidential Executive Order was to stop terrorism inside United States? Is the exclusion a matter of political convenience or at the least, does it represent the total utter cowardice of Donald Trump to address tough issues and real challenges and instead target those that have nothing to do with the issue of terrorism? Isn't this just like George Bush attacking Iraq when it was Saudi Arabia funding and training radical Wahhabi jihadists in Afghanistan and most of Africa? 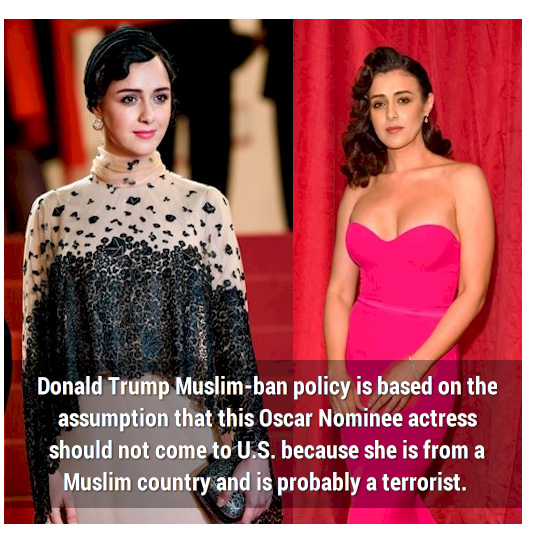 It appears to me that Republican Presidents are chicken-hawks - pretending to be strong and tough while doing the most cowardly acts against those that can't defend themselves. This is how they prove they are so strong. Cowards always want to make themselves appear tough and strong by picking on the weak.

Implementing these new anti-Muslim restrictions, is a representation of Donald Trump's and United States' most shameful and discriminatory behavior and its deliberate attempt to formally condone xenophobia. This is pure racism. There is no other description of a blanket-restriction on an entire country. It is for political leverage to continue support from the far-right. Islamophobia is no longer a mere racist sentiment in U.S. It is now a legally enforced government policy. 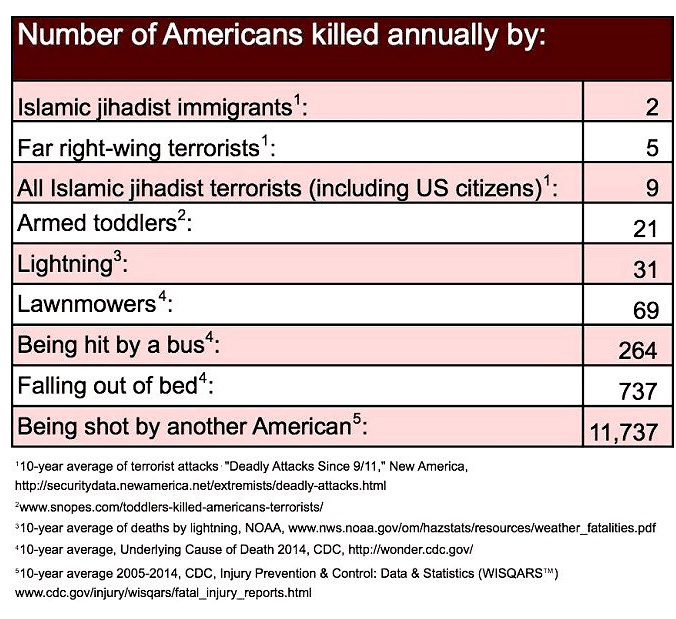 In fact, there has never been a single act of terrorism in United States conducted by a citizen from Iran. Targeting Iran is 100% based on discrimination and racism and serving the interest of Iran-haters. There is no evidence that any Iranian was ever involved, directly or indirectly, in any terrorism inside United States. Thanks to Donald Trump, the one people in all of Middle East who actually have been pro-American are not antagonized.

I understand we have to have security, as I was working a few blocks away from the Twin towers when 9-11 happend. But this policy of racist injustice is awful when it happens to you. When Immigration officers get something wrong, as they often do, what price will an innocent individual has to pay. This is what hardliners never consider. They ahve no regards for the life of a single human being, and are happy to sacrifice his/her life for their own security. Once liberties are infringed upon for certain groups, against others, it's much easier to begin siphoning off the freedoms of everyone. 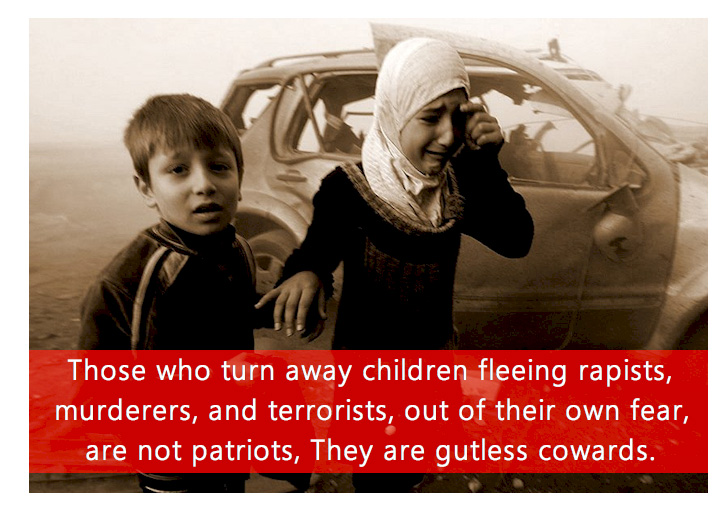 Taraneh Alidoosti, nominated for Oscar for her role in the movie The Saleman, refused to attend the ceremony as a result of the racist ban against politically convenient group of muslim nations, exclusing of course Saudi Aranbia and Egypt, the two nations whose citizens actually comitted the 9-11 terrorist act, while those two governments are being prosecuted in U.S. court for their involvement and funding of the terrorists of 9-11. Sounds a bit like a hypocracy, no?

According to Hollywood tough guy Clint Eastwood, Taraneh Alidoosti is part of a pussy-generation. What does this mean? 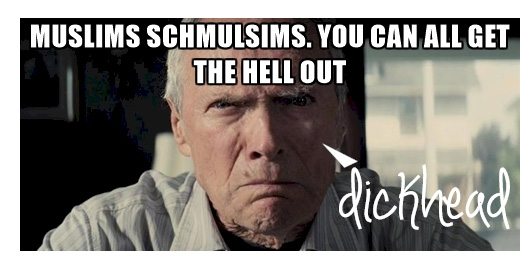 The once mayor of a of California town, Clint Eastwood in an interview with Esquire magazine, commenting on those that accuse Trump of racism, offers advice to America: “… he’s (Trump) said a lot of dumb things. So have all of them. Both sides. Just fucking get over it. It’s a sad time in history. This country is plagued by a pussy generation. Trump is onto something, because secretly everybody’s getting tired of political correctness, kissing up. That’s the kiss-ass generation we’re in right now. We’re really in a pussy generation. Everybody’s walking on eggshells. 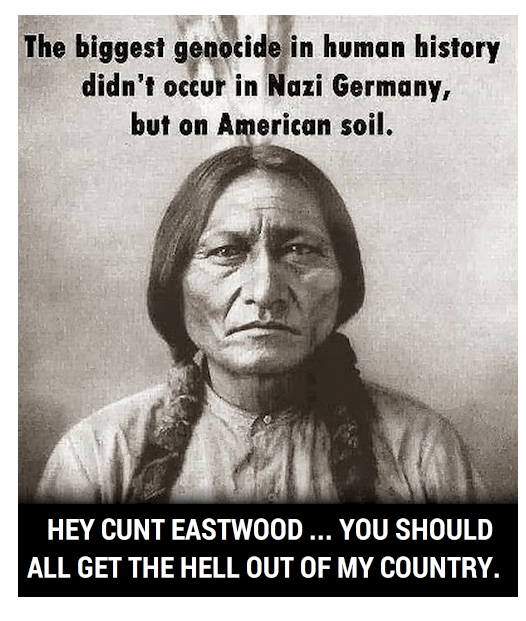 We see people accusing people of being racist and all kinds of stuff. The worst thing about politics today, is that politicians basically put me to sleep.“ I guess Mr. Eastwood sees the politics as something that should entertain him.

You can accuse Eastwood of being a senile old man who doesn't know what he is saying and he has done enough movies to have earned his right to say crap and we should let him get aways with it. May be we are in that era that we should let racist comments be more acceptable, like it use to be before for about 400 years. At least once change, we have gone from racist comments about black people to Muslims now.

I guess we must love to have everyone in Middle East hate us. This must be the American policy, as no other reason makes any sense considering the facts.

AUTHOR : Ron Mendoza lives in New York and writes children books and political commentary pieces for blogs, and has been a WritersViews.com member since 2010. Ron Mendoza can be reached via our Member's Area page, writer ID 17549.

Untitled Document 
Warning: include(a1-rotating-articles.php): failed to open stream: No such file or directory in /home/u903209235/domains/writersviews.com/public_html/article-islamophobiabanmuslimcountriestourists.php on line 102

Warning: include(): Failed opening 'a1-rotating-articles.php' for inclusion (include_path='.:/opt/alt/php74/usr/share/pear') in /home/u903209235/domains/writersviews.com/public_html/article-islamophobiabanmuslimcountriestourists.php on line 102

Warning: include(a1-advertisers.php): failed to open stream: No such file or directory in /home/u903209235/domains/writersviews.com/public_html/article-islamophobiabanmuslimcountriestourists.php on line 105

Warning: include(): Failed opening 'a1-advertisers.php' for inclusion (include_path='.:/opt/alt/php74/usr/share/pear') in /home/u903209235/domains/writersviews.com/public_html/article-islamophobiabanmuslimcountriestourists.php on line 105